AeroJones is a powerhouse of light aircraft production in the Asia-Pacific region. Under agreement with Germany’s Flight Design, AeroJones contracted the rights to build and sell the CTLS aircraft that is the best-selling Light-Sport Aircraft in the world. Over several years, the company has won formal Type Design Approval from China’s CAAC and is awaiting further approvals for updates to the design.

After receiving extensive training from Flight Design, AeroJones entered into serial production and has since manufactured 50 CTLS aircraft. These aircraft are in use by flight schools in China and sold to customers in other countries in the Asia-Pacific region including Australia. AeroJones also has a full engineering division and further model updates are in development.

You can learn more about the company here.

Thank you for your continued support of LAMA! 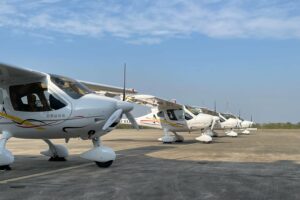