In 1990, Bill Canino and his team at SportAirUSA began serving the needs of the recreational aviation community as an FAA-certified Repair Station, and in 2007 began their support of LAMA. Bill is the US distributor for the Zlin Aviation Savage and the Corsair 103 lines of aircraft, as well as providing service for the TL-2000 Sting, the TL-3000 Sirius, and the Galaxy airframe parachutes, for which SportAirUSA is also a distributor.

You can find out more about the company and see which aircraft, both new and used, they have available here.

Thanks again to Bill and team! 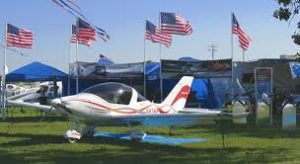