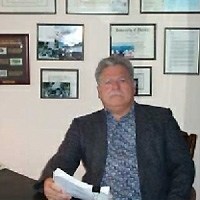 Larry was one of the founders of LAMA in 1984, and its first Executive Director. He has been in a leadership position in LAMA almost continuously since that time, and in 1985 helped create FAA-recognized light aircraft airworthiness and QA standards that are now a part of the ASTM Standards for Light Sport Aircraft. He was a member of the industry/FAA committees that helped create ultralights, and later, the new planned rule for light sport aircraft. His career spans work in communications, propulsion, and project management. He has a Bachelor’s and a Master’s Degree in Engineering, Business, and Quality Assurance, and has done graduate work at several east and west coast universities.

He is a California State registered professional engineer in three disciplines. He has designed and built three light airplanes, and is listed in Jane’s ‘All the World’s Aircraft’. He is a multi-engine, instrument-rated pilot.